What are Surety Bonds?

Surety bonds are sold to defendants or their loved one so that they can be released from jail. They are nearly the same as other bail bonds, except they are backed by an insurance company rather than a bail bonding company. Surety bonds are often used as federal bail bonds or immigration bail bonds.

Why get a Surety Bond?

In cases with a high bail amount, sometimes a surety bond is the best way to obtain a defendant’s release. If you are seeking to bail a loved one out of jail, you will act as surety that the defendant will appear at all court dates. Basically, the defendant is released into your custody.

What are Surety Bond Requirements?

Gerald Madrid Bail Bonds requires a co-signer who must put up collateral to back the bail bond. The surety bond carries with it a 10% fee to our agency

When is the Surety Bond Released?

After the defendant has completed all of his or her court dates, the surety bond is released from your obligation. Read your responsibilities after you’ve bailed someone out of jail for more information on this topic.

Since 1984, Gerald Madrid Bail Bonds has been a leader in providing affordable bail bonds to defendants in Albuquerque, NM. Our bail bond agents are here to provide you with bail bonds, notary service and answer any questions you have about your loved one in jail. Contact us to speak with an experienced bail bond company today. 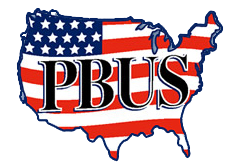